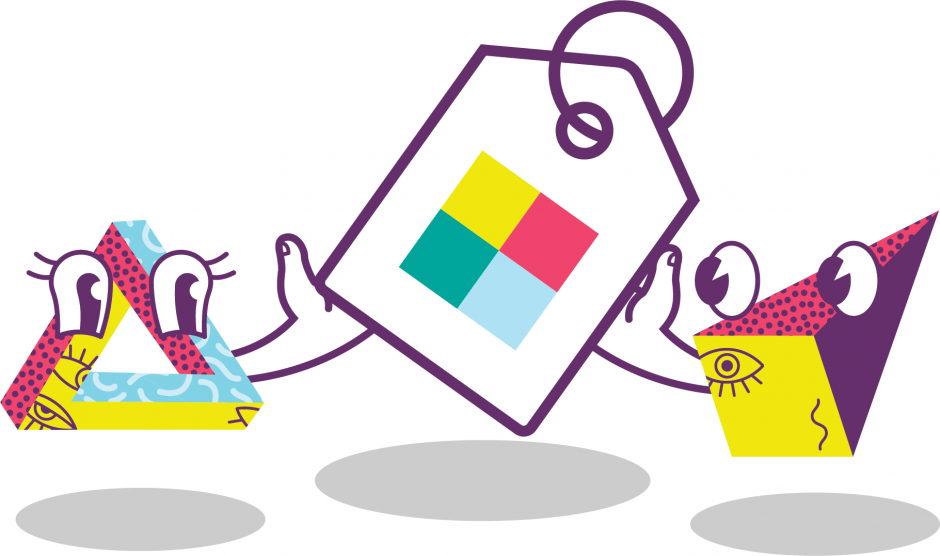 Your brand, whether personal or professional, is a powerful thing. It says a lot about who you are based on first appearances and informs a perception of “your personality” based on the snippets that we want people to see. Good brands are influential and have a clear direction of who they are, what they offer, and to whom they are selling.

Consistency is something they all have in common…

Let’s look at brand as a person. With around 1 billion active users every month, Instagram is a hugely influential platform full opportunity for those looking to gain huge numbers of loyal followers in exchange for lucrative sponsorships. Public profiles are a choice that people make, and fame from this exposure is generally sought after.

Clever, socially savvy users understand the impact of their personal brand. They craft it, find a kind of authenticity that works to generate popularity, and sell it to like-minded companies leveraging their foothold on the platform to get eyeballs on their product. Social media is the ultimate tool to craft a personal brand. Those that are good at it will follow a branding formula consistently. Their account has a tone of voice, a mission, a set of values, speaks to a defined audience and has an aesthetic guideline (colour ways, image choice, typeface etc).

What is a social media influencer?

Someone who has the power to impact purchasing patterns or start trends based on their social media status is considered an influencer. You can learn more about influencers here. Generally speaking, influencers post often, sharing snippets of their life to build one-sided relationships with loyal followers that will trust their advice, knowledge or expertise. It’s a great way to sway consumer behaviour using the psychology principle of social proof, where a person will look to another to seek the appropriate way to behave.

Ashy Bines is a Fitness instructor with a focus on helping transform the mindsets and bodies of women across Australia, New Zealand and the USA. She rose to influencer status when she utilised YouTube, Snapchat, Facebook, and Instagram to launch a 12-week online Bikini Body challenge over a decade ago. Although mostly online, Ashy made the challenge as personal as she could, regularly posting updates of her day, the people she had met and their progress. Within a matter of months, she had gained thousands of positive reviews and a legion of loyal followers. She quickly learned that using her own body image, personal journey and vulnerability connected to people. It was a winning combination and one that she has consistently recreated for the last decade, earning her 1 million-plus Instagram followers, a book deal, an activewear label and a health food line. 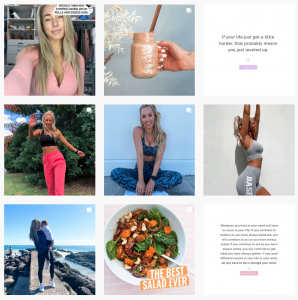 It’s no surprise that a good-looking fitness instructor has a very clear personal brand. At first glance it’s obvious. What’s more interesting is the personal brand of Ryan Kaji, an American-based 9-year-old who earns somewhere north of US$29 million per year. He first appeared on his YouTube channel, Ryan’s Toy Review, at 3 years old. Filmed from his home, Ryan opens a Duplo train set and reviews it on camera with his mother. You can hear her commentary from behind the lens, quipping kid-friendly content as Ryan is naturally excited about receiving a new toy for no good reason. He and his mother repeated the shopping experience several times and grew their YouTube following with an audience between the ages of 2 and 6 years old. After 4 months, one of Ryan’s toy reviews went viral resulting in an explosion of followers. Shortly after this, he had enough followers to interest toy manufacturers. They started sending him toys to review and paying the Kaji family for the privilege. This was just the beginning of their success. Along with royalties from paid advertising on his videos, the Ryan brand has since released branded merchandise at major retailers worldwide, several other successful YouTube channels, a 20-episode television series for pre-schoolers, and video games for Xbox, Nintendo Switch and PlayStation. 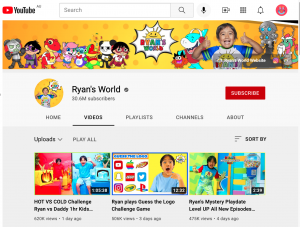 At the time of this blog, Ryan’s Toy Review, now called Ryan’s World, has 30.6 million subscribers and generates content daily with the help of a hired studio that employs a 30-person team of videographers, editors, animators, writers and voice actors, releasing about 25 videos per week.

Despite the success and large paycheques, Ryan’s brand format remains the same 8 years later. Although slightly more polished, they still film from their family home, Ryan still maintains the same level of excitement for the toys he reviews, and the ‘happy family’ theme is still very much present.

What do social media influencers and your brand have in common?

Just like social media influencers, your brand should have a personality that relates to a legion of loyal followers. And just like a social media influencer, there should be a strategy behind what you’re doing. What is the point of difference that will make you the person or brand that people will look to for advice?  A brand strategy is founded on defining your values, mission, vision, aesthetic guidelines, target market and tone of voice to create your brand’s ‘onlyness’ within a competitive market. Assess any successful social media influencer on this criteria and you will see the same formula at work.

It’s why we run brand strategy workshops. It’s why we create brand guidelines. It’s why you work with someone who understands you and where you want to go.

This blog was written by Ness Kelly, Design Director at Hello Mellow.

Hello Mellow is a creative studio inspired by clients that make life happier, healthier and safer. We specialise in helping brands find their voice, identity and a unique place in the market through creativity, style and brand strategy. Speak to us today to find your voice.

Be a do-gooder and support wonderful things.

We donate to charity every month. Help us choose this month’s charity of choice.
Vote Now